Federal investigators say a track switch locked in the wrong position appears to be the cause of the most recent Amtrak collision in South Carolina that killed the train’s conductor and engineer and sent about 115 Amtrak passengers to local hospitals.

The crash is the latest in a series of fatal Amtrak collisions in recent months that have called into question the safety of the passenger railroad that transported an estimated 31.3 million customers in 2016.

The most recent Amtrak collisions include: 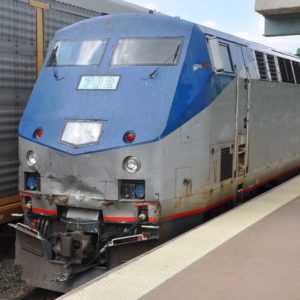 Jan. 14, 2018: A pastor and his wife were killed in Nash County, North Carolina, when an Amtrak train struck their SUV as it tried to cross the railroad tracks when the crossing arm was lowered.

Jan. 1, 2018: An Amtrak train carrying dozens of members of Congress and their families to a legislative retreat in West Virginia hit a garbage truck at a crossing in Crozet, Virginia, killing the truck driver.

Dec. 18, 2017: An Amtrak train traveling on its first trip with passengers from Seattle, Washington to Portland, Oregon, derailed as it rounded a curve with a posted 30 mph speed limit at a speed of 80 mph. Three passengers were killed, and 100 others were injured in the accident, which caused 13 train cars to jump the tracks, with some falling from an open trestle to a highway and landing on vehicles. Engineers and conductors had warned their supervisors that they did not believe they were adequately trained on the new route, according to news reports.

April 3, 2016: An Amtrak train traveling 99 mph near Philadelphia collided with a backhoe on the tracks, killing two workmen and injuring 39 passengers. Federal safety investigators attributed the crash to multiple safety lapses, including a communications failure in which trains were not notified that the track was closed.

May 12, 2015: An Amtrak train traveling 103 mph — more than twice the posted speed limit of 50 mph — derailed near Philadelphia, killing eight passengers and injuring 200 others.

What Is Positive Train Control?

In 2008, Congress mandated that railroads install positive train control (PTC) by Dec. 31, 2015, but later extended the deadline by three years, with the possibility of further extensions to 2020 if certain requirements are met.

PTC — which combines GPS, wireless radio and computers to monitor trains — is designed to prevent human errors that account for 40% of train accidents.

PTC can prevent collisions, derailments, speeding, unauthorized incursions by trains into track maintenance work zones, and movement of trains through a track switch that has been left in the wrong position.

As of the third quarter of 2017, Amtrak equipped 71% of its locomotives and 67% of its tracks with PTC, according to Federal Railroad Administration data.

Are Trains More Deadly Than Cars, Trucks and Airplanes?

Statistically, the odds of dying on a passenger train in the U.S., calculated by population, are about one in 1,871,241. In 2014, there were 2.2 accidents per million train miles, Dr. Allan Zarembski, research professor and director of the railroad engineering and safety program at the University of Delaware, told The Huffington Post.

To put the numbers in perspective, between 2000 and 2009, on average, 43,239 people in the U.S. died each year in transportation-related incidents, according to a 2013 study, “Comparing the Fatality Risks in the United States Transportation Across Modes and Over Time.” Private transportation crashes involving cars and light trucks accounted for 26,678 of those fatalities.

By comparison, on average, 876 people died in mainline train accidents, the majority of which involved collisions with highway users and pedestrians. On average, only seven passengers traveling on mainline trains died each year.

How Safe Is Amtrak?

Fatalities involving Amtrak trains have increased over the past decade, according to the Federal Railroad Administration. In 2008, there were 119 fatalities, compared with 167 last year through November 2017. But only 12 of those deaths involved Amtrak passengers. Most railroad deaths involve pedestrians walking on tracks or collisions with vehicles at road crossings.

In addition to the death toll, there are, of course, situations where fatalities and catastrophic injuries are narrowly avoided.

On Feb. 6, 2018, two train cars separated on Amtrak’s Acela 2150 train as it traveled at over 124 mph near Havre de Grace, Maryland, with approximately 52 passengers aboard. Although no injuries were reported, the split occurred in an area where passengers could walk between cars.

“If someone would’ve been passing from one car to another potentially they could’ve have fallen through that separation,” said Mark Rosenker, former chairman of the National Transportation Safety Board and CBS News transportation safety analysist.

As National Transportation Safety Board investigators, yet again, evaluate the wreckage of another fatal Amtrak crash, the Trump administration has proposed cutting in half the federal subsidy for Amtrak from $1.495 billion to $738 million for 2019.

That does not bode well for implementation of PTC, which Jim Mathews, president of the National Association of Railroad Passengers, asserts would have prevented four derailments since 2008 in which Americans have died.

“We’re years behind schedule, some systems can’t afford to move forward and we’re all squabbling about whose responsibility it is to make rail travel safer,” Mathews wrote in The Hill.
As the squabble continues, survivors, first responders and good Samaritans are forever impacted by life-changing injuries and memories of wreckage and carnage on what began as an ordinary ride on Amtrak Train 91.