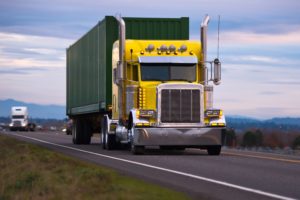 Mr. Feldman stated he was “pleased the jury recognized that freight brokers have an obligation to retain careful and competent motor carriers and drivers.  Had J.B. Hunt performed even the most cursory background check, it would have discovered Hatfield’s terrible driving history that included a prior DUI while operating a tractor-trailer, a prior reckless driving charge, and a discharge from employment with a trucking company for failing a drug and alcohol during which he attempted to bribe the person who was administering the test to him.  Had J.B. Hunt been aware of this appalling record, they admitted Hatfield never would have been permitted to haul cargo for their customers.”

The plaintiff was on the shoulder of I-81 north, assisting a friend whose vehicle was disabled. Mr. Hatfield fled the scene of the accident on foot and was arrested nearby.  Testing measured his BAC to be .171, over four times the legal limit for drivers of commercial vehicles.  He was charged and convicted of DUI and other related offenses, and is currently incarcerated.

This case focused not only on the conduct of Mr. Hatfield, which was indefensible but also on the decision of J.B. Hunt Transport,. to enter into an “Outsource Carriage Agreement” with Mr. Hatfield, an independent owner-operator, without conducting any sort of a background check.  The jury found Mr. Hatfield 60% responsible for the accident but also recognized J.B. Hunt’s role in contributing to the accident by apportioning 40% of the verdict to the company.

As a result of this incident, Mr. Espinoza sustained catastrophic disabling injuries and will require constant care for the remainder of his life.