Philadelphia – Pennsylvania – April 10, 2018 – Feldman Shepherd attorneys Carol Nelson Shepherd, Patricia M. Giordano and Andrew K. Mitnick filed a lawsuit today against the Trustees of the University of Pennsylvania on behalf of the parents of student Ao “Olivia” Kong who committed suicide on April 11, 2016, by lying on train tracks in front of an oncoming passenger train in Philadelphia. In the days preceding her death, Olivia repeatedly told University officials that she was stressed by her coursework and suicidal. But instead of immediately helping Olivia, the University shuffled her through a bureaucracy of multiple departments and individuals.

Olivia immigrated from China to the United States at age 9 with her family without knowing English. Her parents are researchers at a local medical institution, and Olivia was a devoted sister to a younger brother who was born in the United States. 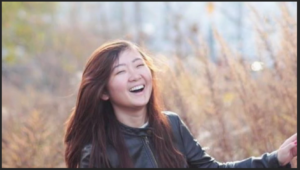 Olivia attended Philadelphia’s McCall Middle School and Central High School, where she graduated with honors in 2013. She participated in many extra-curricular activities, including national math contests, playing the violin and tennis, the debate club and drama productions, plus she won two national math competitions. Olivia was accepted by early decision to the University of Pennsylvania’s Wharton School, Class of 2017 and was awarded several academic grants and scholarships, including the prestigious Mayor’s Scholarship, which is awarded each year to the City of Philadelphia’s top 50 high school seniors.

At the University of Pennsylvania, Olivia earned all A’s and B’s and studied abroad in Australia during the first semester of her junior year. She was offered a prestigious summer internship at Bank of America’s New York headquarters that would have taken place the summer following her junior year.

At the urging of an academic advisor, Olivia undertook an unusually heavy course load for the second semester of her junior year.

After becoming ill on two occasions with prolonged fevers, sore throats, coughs and other symptoms, Olivia became stressed, anxious, sleep-deprived and experienced a racing heart as a consequence of her inability to keep up with her heavy course load. On March 30, 2016, she reported her symptoms to a doctor at the Student Health Center, who merely told her to get a good night’s sleep and did not refer Olivia to any of the University’s programs or resources intended to assist students experiencing stress.

Eight days later, on April 7, a distraught Olivia called the emergency number of the University’s Counseling and Psychological Services (CAPS) program at 1:30 a.m. and reported that she was anxious, sleep-deprived, had suffered a panic attack and had suicidal thoughts. Despite Olivia’s seeking help at such an unusual hour, the on-call doctor merely discussed with her by telephone how CAPS could assist her during regular business hours with pursuing a late withdrawal from one of her courses.

Later that same morning, Olivia went to CAPS and reported on an intake form that she was having thoughts of suicide. She additionally spoke with a social worker and told her that she thought committing suicide would be an easier option than catching up with her studies. The social worker and another more experienced CAPS clinician informed Olivia that CAPS could not help her effectuate a late withdrawal from her course. An appointment was made for Olivia to return to CAPS in four days.

At 3:47 p.m., Olivia filed a petition for late withdrawal of her course in which she explained that she was having thoughts of suicide. The academic advisor who helped Olivia file the petition called CAPS and reported her concerns about Olivia’s suicidal ideations.

CAPS responded only by sending Olivia an email reminding her of their walk-in services if she needed assistance prior to her April 11 appointment. The email also provided information about CAPS’ after-hours, on-call service and a 24-hour-a-day suicide hotline.

Over the next several days, Olivia’s mental condition continued to deteriorate. After receiving a report initiated by a fellow student that Olivia was contemplating suicide, the doctor from CAPS, with whom Olivia had previously spoken in the middle of the night, telephoned her. Olivia told him that she had gone home for the weekend, but planned to return to the campus on Sunday and kill herself.

The doctor made no effort to see Olivia in person, prescribe medication, have her seen through an emergency room or, potentially, admit her to the University of Pennsylvania’s Hospital for the purpose of treatment and to keep her safe. Nor did he contact Olivia’s parents regarding her fragile mental state, despite now multiple statements that she was clearly at imminent risk for suicide.

Olivia returned to the campus on Sunday. Her parents, concerned about her welfare, but sadly unaware of her intention to commit suicide, visited her at midnight to bring her food and gave her a hug. It was the last time they saw Olivia alive.

After Olivia and others reported her suicidal ideations, and even plans, 9 times to University of Pennsylvania professionals, feeling like she was not being heard, and nothing was being done, during the early morning of April 11 Olivia walked to the SEPTA Station at 40th and Market Streets. Footage from a surveillance camera shows her jumping from the platform onto the train tracks and walking into a dark tunnel. As a train entered the tunnel, the conductor saw Olivia lying on the tracks and made eye contact with her. Although he applied the brakes, he was unable to prevent the train from hitting and killing her.

After receiving notification that day that Olivia had committed suicide, the University sent an email to the student body announcing the “death” of a student. The email did not identify Olivia by name, nor did it state that the “death” was a suicide. Several minutes later, the Vice Dean of the Undergraduate Division of The Wharton School sent an email to Wharton’s undergraduates identifying Olivia by name and advising them that her death was an “accident.” Likewise, the University informed Olivia’s parents only that she had had an “accident.”

Olivia was the 12th University of Pennsylvania student since 2009 to commit suicide. Since 2013, 14 Penn students have died of suicide.

Efforts by the University to stop the epidemic of suicide on its campus have been an abject failure. A task force established in 2014 did not prevent Olivia from slipping through the cracks. The task force reconvened in 2016 but failed again to prevent many more students from killing themselves.

As to Olivia, in view of Olivia’s complaints of anxiety, insomnia and extremely elevated heart rate, the Student Health Services should have referred her to Penn’s supportive services such as CAPS.

CAPS failed Olivia with its:

To view Media Coverage about this case, Click Here