On July 1, 2014, a propane cylinder on a food truck operating in the Feltonville section of Philadelphia suddenly exploded, engulfing the truck and its occupants in flames.  Olga, the 42-year-old owner of the food truck known as La Parrillada Chapina, and her daughter Jaylin, age 18, suffered extensive burn injuries from which they both expired three weeks later.

Feldman Shepherd attorneys Alan M. Feldman, Daniel J. Mann and Edward S. Goldis were retained to represent the family.  Following the commencement of legal action, this hotly contested litigation included the filing of more than 100 motions and taking more than 50 depositions.  In the end, the evidence confirmed that the propane cylinder which exploded lacked essential safety devices and was not legally qualified for use, but was nevertheless regularly and dangerously refilled by defendant U-Haul.

Following a week-long mediation before the Honorable Diane Welsh (Ret.) of JAMS, the claims brought by the family and other victims of the food truck explosion and fire were settled for the total sum of $160 million, believed to be the largest pre-verdict settlement ever in Pennsylvania state court history.  From this sum, the Estates of Olga and Jaylin together received $36.5 million, the largest pre-verdict wrongful death settlement in Pennsylvania state court history.

Olga emigrated from Central America at a young age, settling in Philadelphia where she raised her family.  She worked tirelessly to support her children, siblings and extended family members, and to assist other immigrants.  Olga saved her earnings to purchase and outfit the La Parrillada Chapina food truck, which developed a reputation for tasty cuisine and friendly service.  Her daughter Jaylin, who worked at the food truck during the summer season, received excellent grades in high school and looked forward to starting college.  Olga and Jaylin are survived by a loving family and a community that will always honor their memories.

It is hoped that the settlement of this case will bring the family some closure,  and lead to the adoption of corrective measures to improve propane dispensing safety in order to prevent future catastrophes. 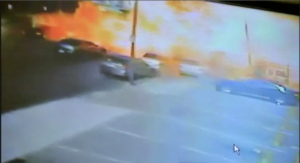