Attorneys John M. Dodig and Jason A. Daria secured a seven-figure confidential settlement for the family of a college student who died after a cardiologist failed to diagnose, treat and properly instruct him about a cardiac condition known as arrhythmogenic right ventricular cardiomyopathy (ARVC), which is a disease of the heart muscle that can cause sudden cardiac death.

The 19-year-old student presented to the cardiologist for evaluation of episodic heart palpitations that he experienced while swimming laps, as well as after other forms of physical activity. Although the student’s clinical history and the results of cardiac testing ordered by the cardiologist suggested a probable diagnosis of ARVC, the cardiologist failed to order a cardiac MRI which would have confirmed an ARVC diagnosis and also failed to instruct the student to avoid vigorous activity, which can initiate a potentially lethal cardiac arrhythmia. Instead, the cardiologist sent the student home with instructions to reduce his caffeine intake.

The student, who was an avid athlete, subsequently died of a cardiac arrhythmia after swimming laps.

The defendant cardiologist aggressively defended the case by contending that he completed a thorough work-up. He asserted that ARVC is an extremely rare condition and difficult to diagnose.

Dodig and Daria retained multiple experts, including a cardiology and electrophysiology expert and a cardiac pathologist, to establish that the defendant cardiologist breached the medical standard of care. Treatment for a patient diagnosed with ARVC should include the implantation of a defibrillator, placement of the patient on beta blockers to attempt to inhibit the development of lethal ventricular arrhythmias, and prohibition from participating in very vigorous athletic activity. 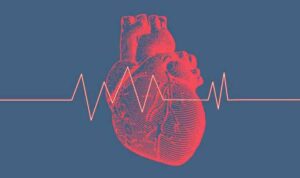