Philadelphia, Pa – May 10 2018 – Feldman Shepherd Of Counsel attorney Robert J. Levant secured a $10 million verdict for Khanefah Boozer, an African American man who spent more than 3 years in jail after a Philadelphia Police Officer falsely charged him with firing at him with a gun in 2011.

Mr. Levant stated, “12 jurors from an array of backgrounds sent a clear and strong message that they will not tolerate false allegations against a fellow citizen and the culture of the blue wall of silence must end right now.” 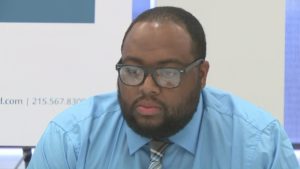 The plaintiff along with three friends were returning from a night out at a bar when one of Mr. Boozer’s friends, fired his handgun several times in the air. After witnessing the shooting, Mr. Boozer said goodbye to his friends and drove away. He was then stopped by a Philadelphia Police officer and held for investigation about the shots that were fired in the area. The officer later arrested him for aggravated assault as a felony of the first degree, violations of the Uniform Firearms Act and related offenses after Officer Ryan Waltman falsely claimed that he observed Mr. Boozer fire the gun at him.

As a result of Waltman’s statement, Mr. Boozer was criminally charged by the Philadelphia District Attorney. His bail was set at $500,000 and he remained incarcerated from January 22, 2011, until he was acquitted following a jury trial on September of 2014-three (3) years and eight (8) months later. Police never interviewed any of Mr. Boozer’s friends. They recovered no gun, found no forensic evidence to support the allegation that Waltman had been shot at and developed no corroborating evidence that Boozer possessed or fired a gun that night.

After nothing was recovered, the officer amended his police report to note that our client had been standing next to another unknown African American male who fled the scene after the shot was fired.

The officer’s complete disregard for his legal and moral duties to report truthfully and investigate honestly led to Mr. Boozer’s loss of liberty for nearly four years.