In the early morning hours, Mary Smith was driving her Chrysler Pacifica minivan on her way to work. On the other side of the highway, a tractor-trailer was being operated in an erratic manner by John Williams, an inexperienced driver. After swaying from side to side for several minutes, Williams lost control of his rig, left the westbound lanes, crossed the grassy median and entered the eastbound lanes, where he violently crashed into Mary Smith’s vehicle. Mary, who was 48 years of age at the time, was killed instantly.

Feldman Shepherd lawyers Alan M. Feldman, Roberta D. Pichini, Daniel J. Mann and Edward S. Goldis were retained as plaintiff’s counsel to prosecute a lawsuit against the tractor-trailer operator and his employer on behalf of the decedent’s surviving husband and child. Exhaustive discovery revealed that, contrary to law, no effort was made to obtain William’s prior driving history, which would have revealed an earlier and undisclosed suspension of driving privileges. Moreover, Williams had been involved in another accident just a few months before during his probationary period, which according to his employer’s written policy, should have made him ineligible to drive for the company. Plaintiff’s counsel contended that the conduct of both the truck driver and his employer was reckless.

At an in-person mediation conducted by the Hon. Diane Welsh (Ret.) of JAMS in August of 2021, the case settled for the sum of $12,000,000. The names of the parties have been changed to protect their identities. 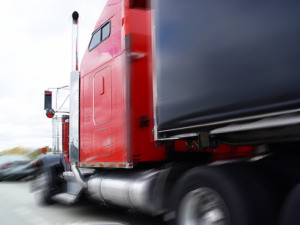