$6.5 Million Settlement for Victims of Drunk Driver Who Was Over-Served by Bar

Attorneys Daniel J. Mann and Bethany R. Nikitenko secured a $6.5 million settlement in a dram shop lawsuit filed on behalf of a mother and her 4-year-old son who were severely injured when an intoxicated driver rear-ended their vehicle in Gloucester County, New Jersey. The case was recognized in The New Jersey Law Journal’s “Personal Injury Top Awards 2022” as the sixth largest personal injury recovery in New Jersey for the period between August 2, 2021 and July 28, 2022.

The lawsuit claimed that on Aug. 21, 2019, a diner/bar, located in South Jersey, over-served a patron with the equivalent of 11.5 glasses of wine over a two-and-a-half-hour period, based upon the findings of a toxicology report. Shortly after leaving the establishment, the patron violently rear-ended a vehicle driven by the plaintiff, which was parked in the shoulder with its hazard lights activated. Her two young children were in car seats in the backseat. Upon impact, the car burst into flames. The fire was put out by residents from a nearby house who ran outside with fire extinguishers.

The driver’s extreme intoxication was captured by the diner/bar’s video surveillance system and was also confirmed by entries into its point-of-sales system which showed that she was served seven glasses of wine. The video also showed that from the time she entered the establishment, she interacted in a familiar manner with the waitstaff, bartenders and owner and shared multiple embraces with them. Mann and Nikitenko argued that as a regular customer, she was served with overly generous pours, even when she was visibly intoxicated.

Mann and Nikitenko additionally argued that the staff should have recognized that their regular customer was intoxicated to the point of confusion when she was given a bill at one point in the evening for $54.04, added a tip of $15.00, and arrived at a total of $49.04, which she paid with a credit card.

The settlement with the diner/bar was reached for $6 million, its insurance policy limits, following a mediation. The driver settled for her policy limits of $500,000. 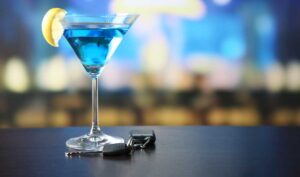