Olga, a hard-working mother and grandmother who grew up in a small, rural village in Central America without electricity or running water, was living her American dream. After immigrating to the United States in the late 1980s and working her way through a series of low-paying jobs, Olga was now not only a naturalized citizen of the United States, but also the proud owner of the popular La Parrillada Chapina food truck, a fixture for about two months at North 3rd Street and Wyoming Avenue in the Feltonville section of Philadelphia.

From her truck, Olga prepared her authentic Central American cuisine. Widely known as a kind and compassionate person, when someone was without money but approached the truck window in need of a hot meal or drink, she always served them, adding words of encouragement and consolation.

The food truck — a replacement for a smaller food truck she had operated over the preceding years — was supposed to be a significant step forward in achieving her dream of someday owning a restaurant. Instead, it tragically led to her death, the death of her daughter, and catastrophic injuries for several others who were in the truck’s vicinity.

On that scorching hot July day at about 5:30 p.m., a 100-pound propane cylinder mounted on the back of the food truck suddenly and without warning catastrophically ruptured, discharging compressed vapor and liquid propane that formed a white cloud engulfing the truck. Almost instantaneously, the propane ignited, causing a colossal explosion with the devastating force of a bomb. So violent was the blast that the resulting fireball extended for hundreds of feet, engulfing the truck and the people within and just outside of it.

Olga, who was standing at the rear door of the food truck and was quite literally next to the cylinder when it exploded, was propelled out of the truck onto the street by the blast and horrifically burned. Despite her grave injuries, she yelled out in an attempt to learn if her daughter Jaylin was okay, and had the presence of mind to ask someone to place a call to her long-term companion. She wanted to ask him to take care of her children, telling him that she was going to die.

Jaylin, an intelligent, capable high school student who was about to enter her senior year, was working at the truck when the blast occurred and was immediately set ablaze. As she screamed in pain and asked bystanders for help removing her burning clothes, Jaylin expressed anguish over seeing her mother’s smoldering body on the street.

Despite the heroic efforts of Good Samaritans, first responders, and medical personnel to save them, both mother and daughter succumbed to their devastating injuries about three weeks later.

From the time La Parrillada Chapina began doing business in April 2014, Olga’s long-term companion took both of the truck’s propane cylinders every 4-5 days to a U-Haul retail store for refilling. Like most consumers, neither Olga nor Otto had any specific knowledge about the design characteristics of 100-pound liquid propane cylinders, or the state and federal laws and industry standards for inspecting and refilling them. They relied upon U-Haul, an authorized seller of liquid propane, to comply with its obligations to inspect all propane cylinders to assure that they could be safely filled and used.

This tragedy was the predictable outcome of U-Haul’s reckless disregard for essential and legally required safety procedures, which employees and management were trained to observe, but routinely did not follow.

When temperatures rose on July 1st, the liquid propane expanded and the pressure on the walls increased. Without a pressure relief valve, the pressure in the overfilled cylinder could not be released. The result was the rupture of the cylinder and this deadly explosion.

Feldman Shepherd Personal Injury attorneys Alan M. Feldman, Daniel J. Mann and Edward S. Goldis were retained to represent Olga and Jaylin’s family. Following the commencement of legal action, the firm, working with counsel retained by other victims of the explosion, initiated a thorough and extensive investigation which uncovered U-Haul’s dangerous conduct and established its legal liability for the tragedy.

The firm then entered into a week-long mediation before the Honorable Diane Welsh (Ret.) of JAMS, a private alternative dispute resolution provider. At mediation, the claims brought by Olga and Jaylin’s family and the other victims were settled for the total sum of $160 million, believed to be the largest pre-verdict settlement ever in Pennsylvania state court history. From this sum, the Estates of Olga and Jaylin together received $36.5 million, the largest pre-verdict wrongful death settlement in Pennsylvania state court history.

Today, Olga and Jaylin’s family continues to try to cope with the loss of their beloved mother and sister.  The members of the close-knit Central American community in Philadelphia who Olga always welcomed into her home, including members of her church and other friends, neighbors and customers, share in the family’s overwhelming sense of loss.

Something Good out of a Tragedy?

It is hoped that the settlement of this case will bring the family some closure, and lead to the adoption of corrective measures to improve propane dispensing safety in order to prevent future catastrophes. 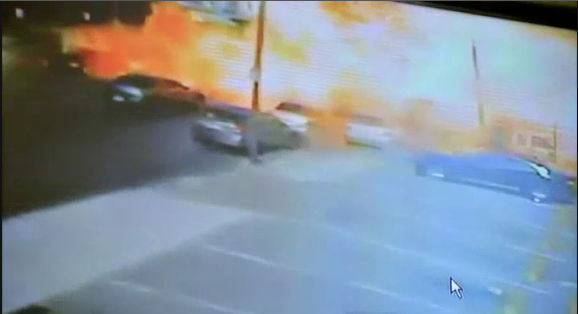 $36.5 Million Settlement in Food Truck Explosion Cases
On July 1, 2014, a propane cylinder on a food truck operating in the Feltonville section of Philadelphia suddenly exploded, engulfing the truck and its occupants in flames.  Olga, the 42-year-old owner of the food truck known as La Parrillada Chapina, and her daughter Jaylin, …
more