Attorneys Daniel S. Weinstock and Carolyn M. Chopko secured a $2 million settlement for the parents of a 13-month-old girl who died when a trauma surgeon went “rogue” and insisted on performing a dangerous and ultimately lethal emergency tracheostomy.

The situation began when the child presented to the hospital emergency department likely experiencing a seizure, and the emergency department staff decided to intubate her because of her decreased blood oxygen saturation level. After the child was medically paralyzed so that she could no longer breathe on her own (or resist the intubation process), the intubation was performed by an emergency department resident. However, the endotracheal tube was inadvertently placed too deep in the right main stem bronchus and was pulled back and ultimately removed so that a reintubation could be performed. This is routine, and Weinstock and Chopko established during a deposition of the head of the hospital’s Department of Anesthesiology that the standard of care set forth and published by the American Society of Anesthesiologists required an attempt at re-intubation before going to tracheostomy if the anesthesia team thought they could successfully perform the procedure.

Weinstock and Chopko further established through depositions that the Certified Registered Nurse Anesthetist charged with the responsibility of performing the re-intubation and the supervising anesthesiologist whom she was working under both were completely confident that they could successfully re-intubate this child.

However, as the Certified Registered Nurse Anesthetist was attempting the re-intubation, the trauma surgeon came in and performed the tracheostomy despite the fact that the supervising anesthesiologist instructed her to wait while they attempted re-intubation. This was a breach of the hospital’s chain of command.

The trauma surgeon, who had no right to perform the tracheostomy, mal-positioned the tube 4 centimeters deeper than it should have been in the lower lobe of the child’s right lung, causing the child to die of asphyxiation.

The child’s parents were told nothing about the mal-positioned tube, nor was the trauma surgeon’s breach of the chain of command documented anywhere in the medical record. It was through the tenacious work of Weinstock and Chopko that they finally learned the true circumstances of their daughter’s death. 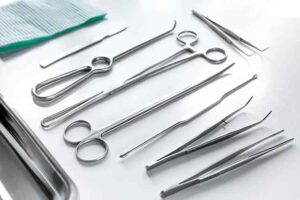