Attorneys Daniel S. Weinstock, G. Scott Vezina, and Carolyn M. Chopko obtained a $78.5 million verdict on behalf of a child who suffered severe brain damage as a result of medical negligence. The child’s severe spastic quadriplegic cerebral palsy resulted from an 81-minute delay in performance of an emergency cesarean section delivery. The case was tried, beginning in 2012, in the Philadelphia Court of Common Pleas before the Honorable Mark I. Bernstein. The damages award includes payments for future medical care, lost earnings, pain and suffering for the child, as well as emotional distress for the child’s mother, Victoria Upsey.

In August 2008, Victoria Upsey, then 36 weeks pregnant, arrived at Pottstown Memorial Medical Center with signs of a placental abruption. Fetal monitoring was inconclusive, leading the obstetrician to perform a bedside ultrasound examination. Weinstock and Vezina submitted evidence in the case that the ultrasonography equipment provided by the Medical Center was antiquated, lacking the sensitivity of modern ultrasound machines. When questioned by Weinstock, the hospital’s risk manager admitted there was no evidence the equipment had even been serviced for more than 10 years, whereas the manual indicates that annual maintenance is necessary.

Throughout the discovery process, during his deposition and even when first questioned during trial, the obstetrician steadfastly maintained, with “100 percent certainty” that he performed the ultrasound properly, and the reason he did not identify the fetal heart beat was because the baby had died. He insisted the baby then “came back to life” some 81 minutes later. Unfortunately, due to what attorneys Weinstock and Vezina contended amounted to hospital administration negligence, Pottstown Memorial Medical Center did not have an ultrasound technician present in the hospital because it was a Sunday. The technician had to come from home in order to verify the obstetrician’s incorrect findings, ultimately resulting in the delayed cesarean delivery. 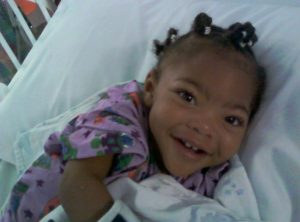